Anna is Director of Penlee House Gallery and Museum, whose mission is to preserve and make the history and culture of West Cornwall accessible. Penlee House is now working with a much broader range of groups in the community, including care-experienced young people and older people in care settings. Anna is also a trustee at the Roald Dahl Museum in Buckinghamshire. She was selected to be part of the first cohort of our Creative and Cultural Leadership Programme. 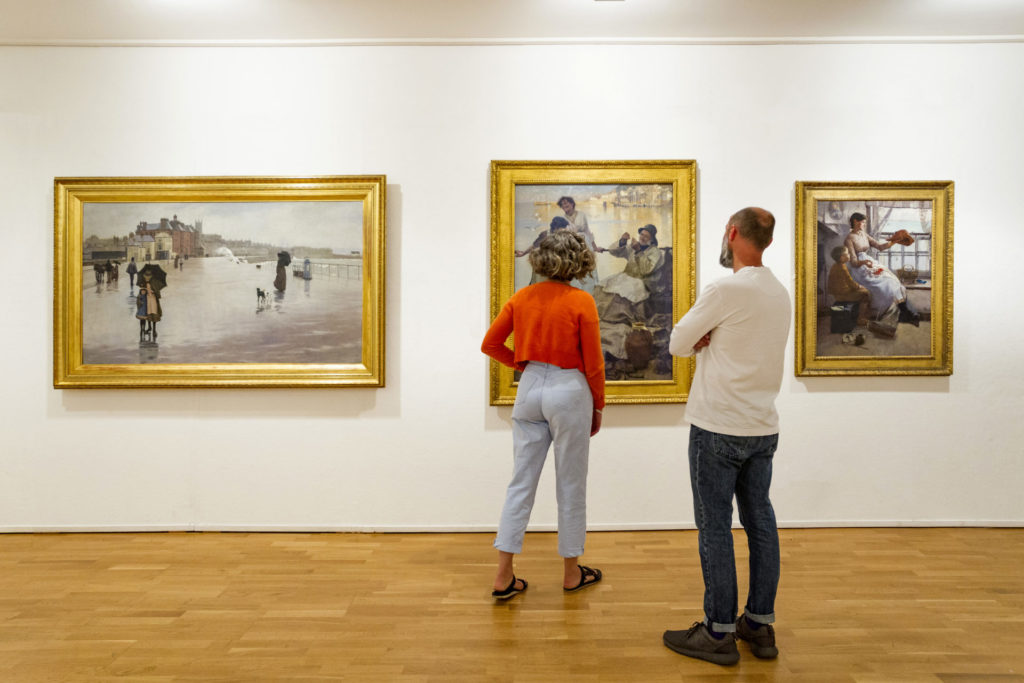 Anna was born and brought up in Cornwall. After studying history at university, she worked in the Cornwall County Record Office, then got a degree in Museum Studies at University College London.

She gained wide experience in the museum sector, having been a collections officer at the World Rugby Museum, a curator at London Transport Museum and then director of the Wimbledon Lawn Tennis Museum. In 2018 she moved back to Cornwall and started work in her current role.

“Cornwall is a really amazing place to grow up when you’re interested in culture,” she says, “because the pride in heritage is really strong. And now, being back in Cornwall, I find it’s actually much easier to network and form partnerships here than it was in London.”

“Because I’ve been in a leadership role for quite a while,” Anna continues, “it’s not so much about the nuts and bolts of learning how to be a leader. Instead I was interested in becoming part of a group of people taking collective responsibility for leadership within our geographical area.”

While she still has important connections with networks in London, she feels it’s positive for the cultural sector in Cornwall not to automatically look outside the region for guidance and inspiration.

“It’s a really exciting time to be working in this sector in Cornwall,” she says. “For me it was about building a bigger network locally that could carry through into the future.”

For Anna, the mentoring support she’s received has been one of the most valuable parts of the programme. She’s working with Mandy Berry, who is the Chair of Miracle Theatre and Interim Chair of the Cornwall and the Isles of Scilly Local Enterprise Partnership Creative Industries Task Force.

Participating has also opened her up to different perspectives from across the funded and commercial creative industries.

“I’m a lifelong museum sector person,” she says, “but I’ve found that being with the cohort has given me new perspectives and new ideas. Entrepreneurial skills are challenging for me, because I don’t come from that background, so learning about creative entrepreneurship has been an exciting part of the course.”

Anna’s project is looking at ways of demonstrating the value of culture within a local authority context. Her goal is to be able to articulate the value of the investment that the council is making in her museum, with the aim of communicating better with both policymakers and members of the public.

As well as developing economic modeling, she has been gathering data on social impact from participants in her museum’s outreach programmes.

“Our results have been great,” she says. “Eighty percent of participants said it improved their mental health during lockdown and one hundred percent said that it gave them something to look forward to. This wasn’t surprising to us, but there’s a huge difference between knowing it intuitively and being able to demonstrate it to somebody else with the evidence to back it up.”

Having evidence, she says, is not just a matter of showing what you can do – it also demonstrates what you might be able to do in the future with a scaled-up programme.

“People are often very surprised when they hear about innovative and cool stuff that’s happening in Cornwall,” says Anna. “But actually if you look at the work of the Cornwall Museums Partnership, for example, a lot of what they’re doing is truly groundbreaking, bigger and better than any national museum and it’s the same in other parts of the creative sector too.”

What she would like to see is a sector that’s better able to advocate for itself – and to demonstrate the strength and excitement of what’s happening in Cornwall.