Robin Sullivan is an artist, producer and facilitator with interests including Neolithic Britain, food, the power of community, new forms of recording history, and queer space. They were selected to be part of the first cohort of our Creative and Cultural Leadership Programme. 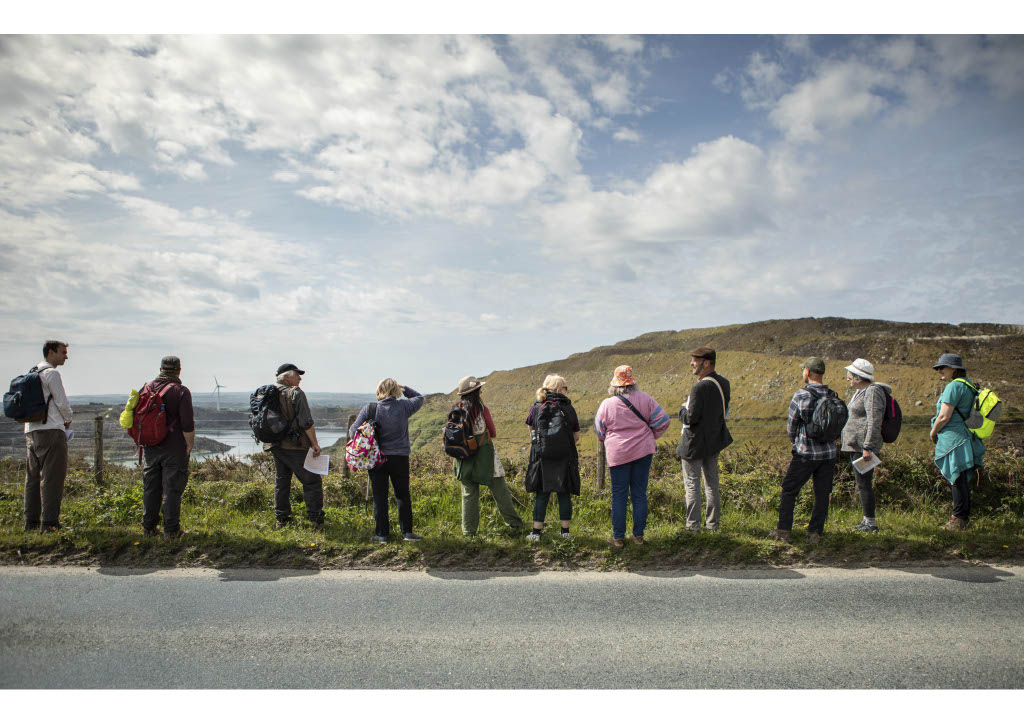 “It’s all I’ve ever done and been interested in since I was a child,” says Robin. “I was interested in geology and archaeology, and art and fashion and design, and it just continued.”

After getting a BA in Fine Arts from the University of Bournemouth, they worked with museums, festivals, and art spaces, then developed an artistic practice that grew to involve collaborations with a range of professionals, from scientists to chefs and urban planners.

“That developed into what I do now,” says Robin. “Over the years. as new interests came to me, new collaborations have led to new ideas.”

As the scope and size of the projects they aim to create increased, Robin began to realise the limits of what they could achieve as an individual.

“I no longer want to work alone,” they explain. “I need to build a team around me to facilitate the kind of projects I want to be doing, and to be able to work on multiple projects at once. If I were to work alone, project managing all my collaborations myself, I basically have eight years of work lined up in front of me. And that’s terrifying.”

So for Robin, the necessity of learning more about leadership was apparent.

“I was also really excited by the programme’s emphasis on cross-sector collaboration,” says Robin. “Bringing people together to discuss what leadership looks like in a twenty-first century rural place, and opening up the question of what we want this place to look like in ten or twenty years. Being able to be part of those conversations would be a huge honor, I thought. And luckily, they let me.”

Robin has always had high ambitions for their work and where they want to go with it – but they say that the leadership programme has changed their understanding of what it will take to realise that ambition.

“There has been a phenomenal amount of information and conversation,” they say. “I think we could probably have met on a weekly basis and still would have run out of time. Everything from understanding what leadership is, different kind of styles of leadership and how to swap and change between them; to management structures and business models; to cross-sector collaborations and different ways of working.”

Robin aims to learn more about community and stakeholder engagement: how to filter in more ideas from other people at all stages of their work, from ideation through to product delivery.

They are proud to consider themselves a facilitator working for communities – and someone who is willing to experiment, try and fail, and improve. “I have an art practice,” they say. “I love that it’s called that, because I’m constantly practicing.”

Some approaches to people-centred practice, they say, are quite minimal and ‘passive’ in their impact, whereas more radical forms have the potential to destabilise traditional notions of the artistic process. Patrick Towell, their mentor, encouraged them to think bigger than they might have done otherwise.

“I was thinking on one level,” they say, “and then Patrick is like, ‘well, what about this other level?’”

“People are doing really unusual, really weird things here,” says Robin approvingly. “That’s one of the things that draws people to Cornwall. It’s a very unique place in its culture, its community and its landscape. If it’s going to become the largest rural creative economy in the UK, it needs to work with its own identity, including its weirdness and wonderfulness and its DIY and grassroots ethos. Don’t try and make it like any other creative cluster.”

“I hope to be incumbent in the South West,” says Robin, “working away happily. And by happily, I mean very busily. The plan is to work on a large scale, to work with as many people as possible, to be able to actually build a team around me to facilitate that level of working. And I feel like if I can do that, I absolutely will be happy.”