Verity is Assistant Director (Collections and Operations) at Bodmin Keep: Cornwall’s Army Museum. In addition, she’s a lay trustee of Lawrence House Museum in Launceston, one of the first members of the board not to be on the town council. She was selected to be part of the first cohort of our Creative and Cultural Leadership Programme. 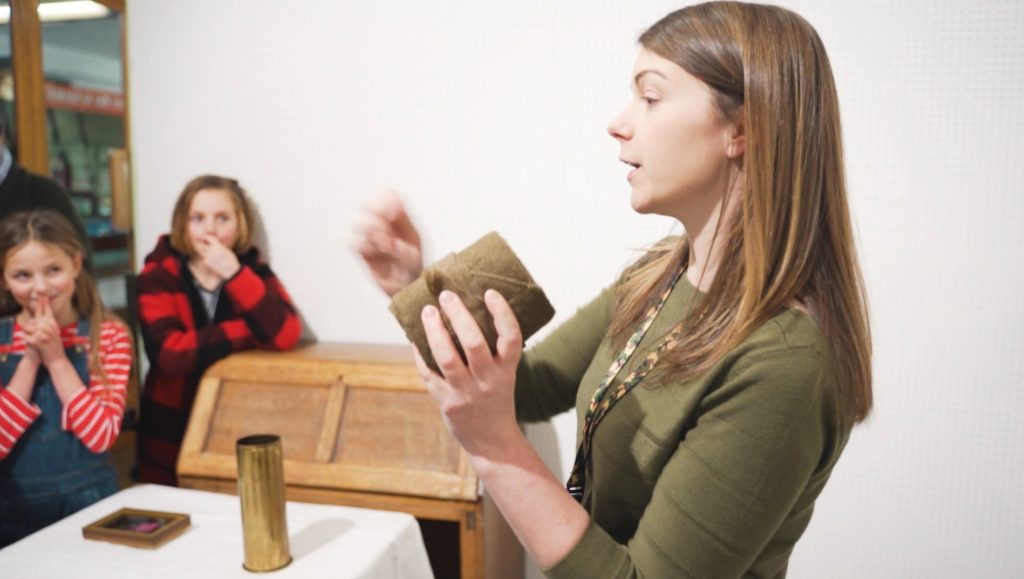 “But I knew since university that I wanted to be the director of a museum,” she says. “I did big museums and that wasn’t for me. I wanted to be able to do lots of things in a small museum.”

A mentor from the Arts Marketing Association started her thinking about the move that ended up in her current role, which led her to Cornwall in 2016.

Why did you join the leadership programme?

“Over the past couple of years,” says Verity. “I started to reflect on my career path and had two realisations. One, I still want to be a director but maybe I also want to work supporting other museums. And two, I actually want to stay in Cornwall, but as a museum professional that’s quite tricky given the limited number of senior roles in the area.”

Those realisations helped to motivate her to apply for the leadership programme. Although she had done a Clore Leadership short course in 2018, she felt ready to develop her skills in a different way: “this programme seemed like it gave me a chance to make an impact in my sector and my locality, as opposed to the Clore, which felt much more personal.”

For Verity, one of the most valuable things about the programme has been the way that it brings together participants from across the cultural and creative economy.

“Because you can get quite siloed within your own sector,” she says, “it’s been really beneficial to hear what else is going on. Particularly in that there are people in the cohort who are bridging those gaps already. Developing a wider knowledge of what’s happening across Cornwall and across the creative economy has had much more of an impact than I expected it to.”

Being on the programme has also directly affected her own career. When it started, she was working in collections, but she has since been promoted to Assistant Director. “When the case for my promotion was being made to the trustees,” she says, “our director used the leadership programme to demonstrate what I’m currently doing to develop myself as a leader and therefore my suitability for the new role.”

Verity’s project is centred on her own organisation, looking at how she can train new staff members and manage teams more effectively. She is learning how to create hands-off management structures that allow staff to work more independently.

“The genesis of this idea,” she explains, “is that we had we had three new members of staff starting in January: trainee curator, a digital intern, and an apprentice. Very different roles. So how do you make sure that everyone is getting an equal amount of your time and is being taught everything they need to be taught, but also is learning in a way that is the most useful for the organisation?”

The result is that her new staff members are cross-trained much more extensively than they would have been in the past.

“I’ve now got a very independent team,” she says, “and my day runs far more smoothly as a result. And it’s changed how leadership works within the organisation, because effectively they’re leading one another. It’s made us far more flexible, which is really valuable in a small organisation.”

“I think Cornwall has incredible strengths when it comes to the creative industries,” says Verity. “Many of which, unfortunately for us now, have been developed by EU funding. So current practitioners are staring down the barrel of significantly less funding. What the leadership programme has highlighted for me is the importance of being able to change and adapt.”

Verity sees the sector in Cornwall as building on its strengths: a tight, close knit cultural community that is conscious of, and responsive to, wider issues such as climate change.

“We need culture in Cornwall,” she says, “because it’s not just the beaches that bring people here. And we need culture not just for the tourists, but for the local community.”