Claire is Deputy Director of Carn to Cove, Cornwall’s performing arts scheme for rural communities. Her role involves liaising with artists and the organisation’s volunteer promoter network, as well developing the programme. “I love making an event happen in a village hall,” she says, “creating that magic in a tiny rural space. That's what still makes me love it.” 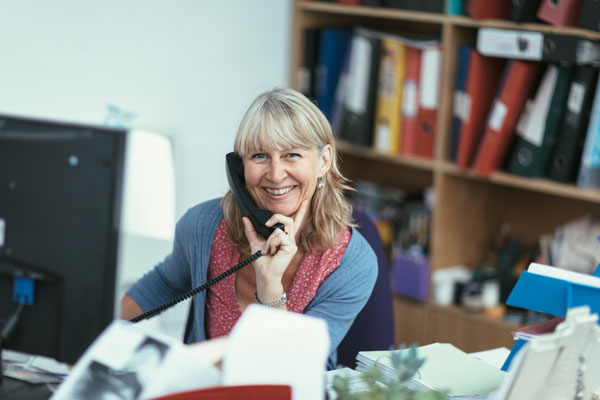 Growing up in Cornwall, Claire always dreamt of working for the BBC and she made her dream come true. She ended up as a production assistant, but had to reinvent her life after moving back to Cornwall from Manchester.

After a less-than-happy period working for the police, she knew that she wanted to become a part of the creative workforce again – and she was lucky enough to get an interview at Creative Kernow (then Cornwall Arts Centre Trust).

“When I went for the interview,” she recalls, “I felt like I was coming home, and that I would accept whatever they offered me. I didn’t know what rural touring was, but I was swallowed up by that world and I’ve been there ever since. It’s part of my identity now.”

Having been with Creative Kernow for a while, Claire has increased in seniority but had never had the chance to reflect and develop her leadership skills. “There’s a lot of day-to-day work to do,” she says, “and I don’t necessarily have time to give it that strategic direction.”

Another attraction for her was the chance to develop a network of peers in the sector who could offer support and mutual learning.

“Being the leader of a small team,” she says, “you don’t necessarily have anybody else to talk to about issues of leadership. So I was conscious of that feeling.”

For Claire, having a mentor has been a “game-changer.” It’s the first time she’s had the experience of working with someone who was solely focused on being a sounding board to her.

“She’s amazing,” says Claire. “She makes me see myself in a different way.”

Claire believes that Cornwall has a vibrant, supportive and collaborative cultural sector. She sees her role as fostering and helping to build on that strong foundation.

Working in rural touring, she collaborates with other schemes across the UK – and for the past three years has been involved in a European project helping to set up touring models in countries that lack that model. After hosting the other participants on a visit to Cornwall, she’s been proud to see the projects that have developed as a result of that initial inspiration.

“We are a small voice,” she concludes, “but we’re quite loud and we’re greater than the sum of our parts. We are far away from the urban hubs, but we don’t see that as a disadvantage, and we’re very powerful in our actions.”

“Maybe it’s this programme that’s starting to make me ask myself this question,” says Claire reflectively. “If you had asked me a year ago, I would have said, I want to be running Carn to Cove and living out my days at Creative Kernow. But now I’m wondering if I should put myself out of my comfort zone and actually make my own path. I am very happy in this little sector. But I’m also thinking about what else is out there.”